A Response to David Mamet.

David Mamet and "True and False"

Acting is more like riding a bike than piloting an airplane. This is a retort to David Mamet’s metaphor in “True and False.”

Don’t get me wrong. I have an abiding respect for David Mamet’s work. His series on masterclass.com is provoking, vivid and admirably stoic (see The Stoic Actor).

That being said, one thing from True and False (1997) that raised my eyebrow was his spectacular swing at Stanislavski. Don’t get me wrong, I admire audacity. I agree that most people’s adoration of Stanislavski is taught to them without understanding all of the System he created.

[Stanislavski’s] contribution as a theoretician was that of a dilettante, and has, since his day, been a lodestone for the theoretical, I will say the antipractical, soul. For amateurs. For his theories cannot be put into practice (Mamet, p.14).

A Poke in the Eye for Constantin

Mamet goes for the jugular. Stanislavski staunchly rejected dilettantism (amateurish dabbling). It’s pure showmanship for Mamet to turn the tables in this argument. To add insult to injury, Mamet targets Stanislavski’s wealthy upbringing (Mamet, p.7), his transition from being an actor to an “administrator” (Mamet, p.15) as head of the national theatre in a socialist country, and finally, that he just wasn’t particularly “good” at acting. At least he didn’t see himself as naturally skilled, which made him develop a System to help when natural inspiration failed.

Following on from this, Mamet suggests the theatre of Stanislavski never earned an ‘honest buck.’ Pleasing an audience under the capitalist, free market paradigm is a test of one’s artistic mettle (Mamet, p.7). However, I think it’s a false correlation. Next, Mamet suggests that all the tinkering and theorising in the System is completely unnecessary. Furthermore, the fact it’s written down as a methodical approach might kill the very thing that excited Stanislavski. That being the tinkering, hacking and failing—numerous times! Experimentation and examination spark change and innovation.

Despite the problems people have (legitimately) with Stanislavski, I give the bloke an ‘A’ for effort. After all, without falling off the bike and getting back on, you never figure out how to ride. Now, permit me to extend this metaphor further… 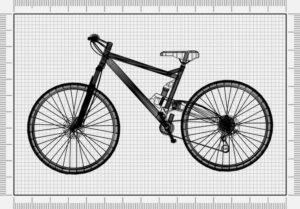 Then the next provocation is aimed at of actors and directors who feel they need to “do” something beyond what’s in the text (Mamet, p.9). With this in mind, I understand that contorting a story is frustrating for writers, if not a violation of their rights. Mamet’s work is contemporary, issue-driven and context-aware. F**king with that is pointless. However, Mamet fires directly into the heart of the actor’s work.

Emotional memory,” “sense memory,” and the tenets of the Method back to and including Stanislavsky’s trilogy are a lot of hogwash. This “method” does not work; it cannot be practiced; it is, in theory, design, and supposed execution supererogatory—it is as useless as teaching pilots to flap their arms while in the cockpit in order to increase the lift of the plane (Mamet, p.12).

Ok. That last line is funny. It’s a punchline really. I think it might belong to a different joke. For example, “What do Ivanka and Jared do to reduce the emissions of their private jet? Answer: Flap their arms”… something like that.

What’s “untrue” about the diatribe is that it makes actors, directors and audience members so passive. The thing he’s proposing is that a finely tuned vehicle (the story) is enough. We should attend to it by flipping switches and pushing levers or just sit obediently.

By contrast, a more fair-minded metaphor might say we’re all participants. We’re complicit in (re)telling, re-hearing (re-HEARsing) and actively witnessing it. Stories are active and participatory, we’re not just told them.

As a result, I like to think of it more like riding a bike. On a bike, you push the pedals to move the vehicle (and you) to the destination. An active, muscled, physicalised, imaginative effort pushing into the story (usually uphill to Act 3) to keep it in motion. When that effort falters, the bike wobbles. If the effort and momentum stops, the bike tips over.

The actor has his own trials to undergo, and they are right in front of him. They don’t have to be superadded; they exist. His challenge is not to recapitulate, to pretend to the difficulties of the written character; it is to open the mouth, stand straight, and say the words bravely—adding nothing, denying nothing, and without the intent to manipulate anyone: himself, his fellows, the audience( Mamet, p.21).

Most importantly, the actor’s job is to “be there” and give full-throated, courageous voice to the same journey that faces the character (Mamet, p.12). Key to this, in my mind, is understanding just what the story is doing; what archetypal hinge is it hung on. I believe this is what prevents the thing Mamet derides; turning the energy of the story inward, into a self-declaiming strip show of personal stuff (see entering the text). I really think Stanislavski got that right. He states this goal quite explicitly throughout his work.

Specifically, emotional memory is being ‘outed’ as dangerous. Substitution can be flimsy and harmful too. Agreed. They both force the actor to concentrate on the feelings the actor thinks they are obliged to produce rather than what they must do.

Critically, if you strip the story back to its archetypal frame, it helps expose its meaning. Consequently, the pared-back version of the story gives the actor the clearest idea of what to do rather than what to feel. Next, aligning the actor’s archetypal psychological objects with the story makes the circumstances more vivid.

By contrast,  self-identifying with the characters and circumstances through one’s own lived experiences has, 99% of the time, nothing to do with the story. It is like flapping your arms while in a plane. The Crosspoints show one way of igniting the story in the mind and body of the actor. As a result, it’s more like putting your feet on the pedals of a bike. The actor is more of an organic engine, moving the story forward.

REFERENCES
True and False: Heresy and Common Sense for the Actor, David Mamet, 1997.